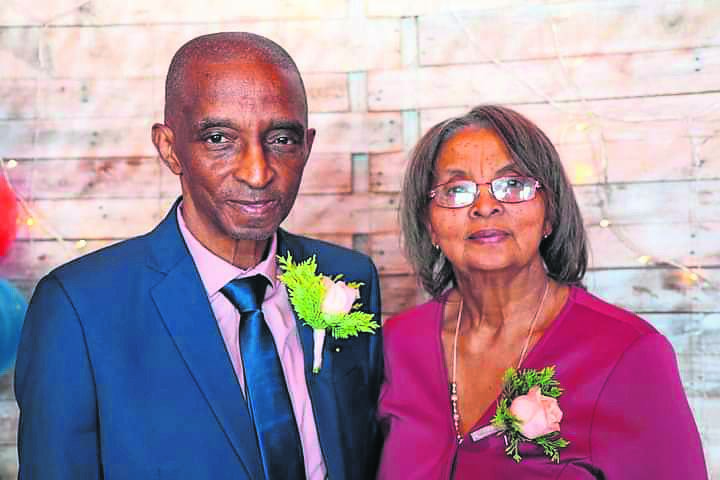 The late Booi Koerat and his wife, Sarah.
Photo: Supplied

The former Kouga Executive Mayor, Booi Koerat, who passed away on July 20, at the age of 73, will be remembered as a respectful and passionate leader, who was dedicated to helping the most vulnerable.

Koerat’s career began as a teacher at Jeffreys Bay Primary School in 1970, after receiving his qualification at Dower College in Gqeberha (then, Port Elizabeth), the previous year.

After many years as a teacher and principal, Koerat resigned to join the ANC as a councillor, to better serve his community and was later appointed the chairperson of the ANC in the Tsitsikamma region.

Throughout Koerat’s life, he was an active member of his community and was involved in various organisations.

He was the chairperson of the police forum in Humansdorp and Kariega (Uitenhage) and a priest at Ebenezer Community Church in Humansdorp for more than 10 years.

Furthermore, he was the chairperson of St Francis Rugby Union and a referee for Eastern Province Rugby.

According to his daughter, Cathmare Kettledas, Koerat will be remembered as respectful and for his willingness to listen and take guidance when needed.

“My father was a very passionate leader, driven by the needs of the most vulnerable,” said Kettledas.

She further said, during his time as the mayor of the Kouga region, some of the biggest RDP houses were built in Onderste Vaaldam and Gill Marcus.

In addition, Kettledas said Koerat was instrumental in securing much-needed infrastructure, including sewerage systems in the region.

At the time of his passing, he continued to stay in his beloved town, Humansdorp, and is survived by his wife, Sarah Koerat, and two children, Cathmare Kettledas and Elrich Koerat. His eldest daughter, Felicia Muller, passed away in January.