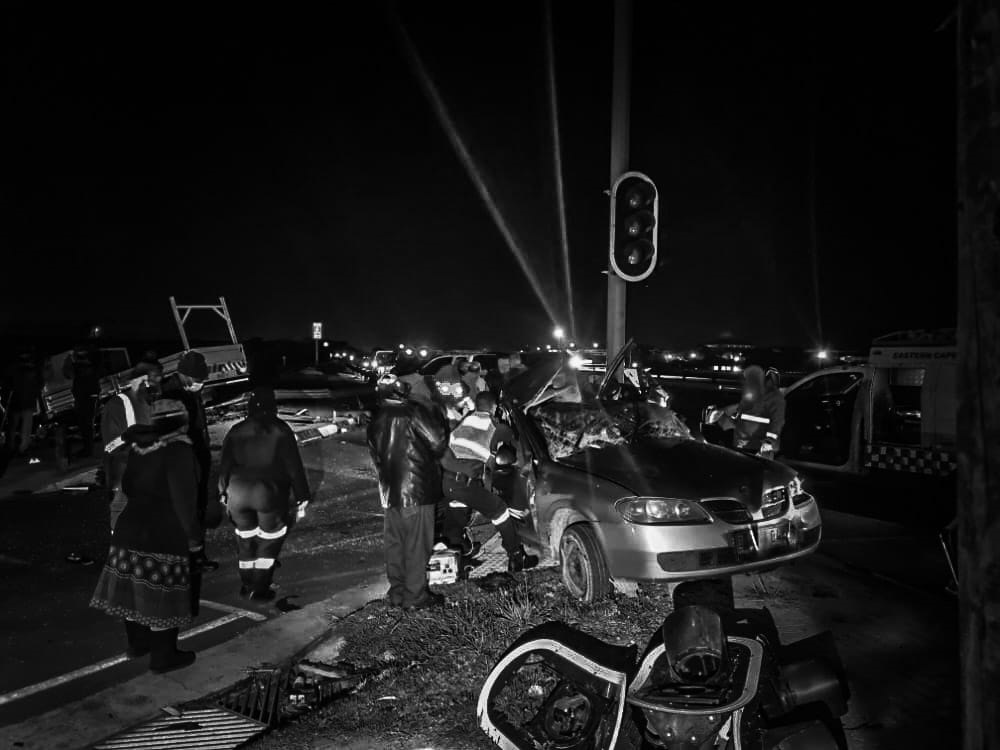 All four occupants of a vehicle died when their Nissan Almera collided with a truck on the R75 opposite NMU Missionvale Campus last night, July 30, just before midnight.

The driver of the truck fled the scene.

According to police spokesperson, Capt. André Beetge, the Almera turned at the intersection to enter Johnson Road when it collided head-on with an FAW truck travelling in the opposite direction.

“All four passengers, two males and two females, of the Almera passed away at the scene,” Beetge said.

“The driver of the truck fled from the accident scene and police are searching for him,” he added.

Spokesperson for the Department of Transport, Unathi Binqose, said that to their surprise when their officials arrived at the scene, the truck was empty.

“We don’t know whether the driver fled out of shock and fear or to seek medical attention but there was definitely no one in the truck when we arrived,” Binqose explained.

A case of culpable homicide is being investigated by KwaZakhele detectives.

Gauteng Premier David Makhura has once again spoke about cannabis production and processing in the province. The South African …