The African Penguin Colony on St Croix Island has dramatically decreased over the past six years. This, according to conservationists, is mainly due to oil spills. Photo: Lloyd Edwards

When Raggy Charters marine conservationist, Lloyd Edwards, recently took his tourists out to St Croix Island off the coast of Algoa Bay, he was shocked to see that there was not a single penguin in sight on the lower reach of the island.

This doesn’t mean that the island, home to the world’s largest African penguin colony, does not have any penguins at all, but it does mean that most of the penguins have died out and marine conservationists believe that this is mainly due to bunkering (ship to ship fuel transfers) taking place in the area.

“When bunkering started in 2016, there were 23 000 penguins but with the last breeding season, which is during April and May, there were 2 500 birds so that is more than 20 000 that have gone. Now it’s past breeding season but I’ve only been seeing an average of 10 penguins on the island. That’s not to say that’s all that’s left because they’re obviously out feeding and so on, but there are none on the lower ridges and that’s what I show my tourists,” Edwards explained.

He mentioned the two recent oil spills that have taken place in Algoa Bay in April and May this year and how these have had an extremely negative impact on the penguins.

According to Edwards, during the most recent spill on May 23, it was reported that during a heavy marine fuel oil transfer a pipe burst and allowed an estimated 3 000 litres of low Sulphur oil into the ocean.

“Notwithstanding the spill response efforts, the oil was dispersed as a surface sheen over an extended surface area in the direction of the St Croix Island and towards Bird Island.

“Media reports that the oil did not reach the sensitive bird breeding and nesting islands and therefore did not impact seabirds are misleading because the birds forage throughout the affected oil drift areas,” he said. 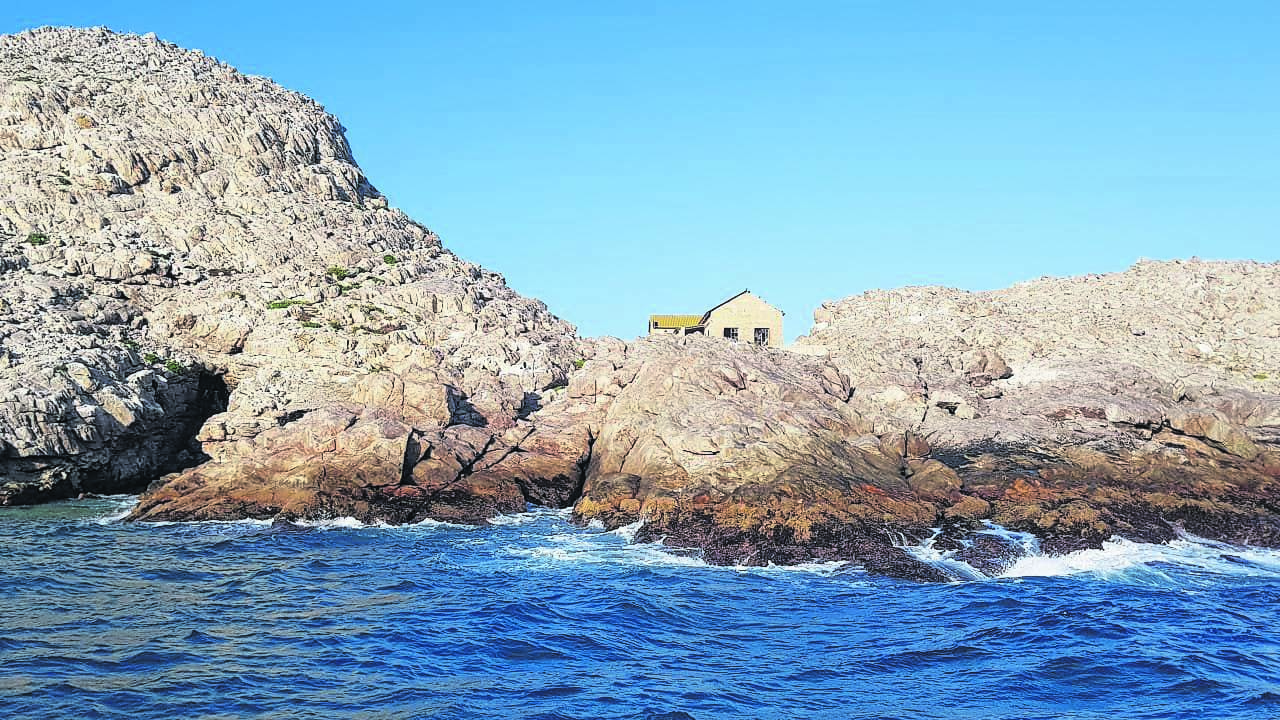 St Croix Island earlier this month with no penguins in sight.

Edwards added that during the previous oil spill, exactly a month prior, oiled seabirds were recovered from Bird Island on May 3.

Ronelle Friend, from Algoa Bay Conservation, added that the bunkering started in the anchorage areas of the Coega Port.

The anchorage two area is right next to St Croix Island and the distance between the island and where Umnenga II is anchored, is 2km.

“The decline in breeding pair numbers at St Croix is 80%. The average across South Africa, excluding St Croix is 23%. The decline at Bird Island in the same Algoa Bay is 25%.

“Thus, the penguin decline at St Croix is strikingly different and significantly higher than the norm,” she said.

Friend explained that apart from oil spills due to bunkering, heavy marine traffic has also affected the penguins.

“The movement of vessels to and from the anchorage areas for bunkering has increased traffic in the Bay significantly. At an average of 100 transfers a month, vessel movement across the foraging areas of penguins has increased drastically.

“While vessels are moving to and from bunkering areas, they emit noise and vibrations from the running of the engines. These will be amplified by the water column. Marine life has been shown in numerous studies across the world to move away from areas of increased traffic density, with accompanying increases in vibrations and noise.

“In 2016, one STS bunkering operator was active in the anchorage areas. In 2019, this increased to three. The overall increase in marine traffic and its associated impacts on marine life no doubt made it an unfavourable habitat for penguins.

“Heavy fuel oil [used by vessels] contains compounds that will bio-accumulate in an ecosystem. Once an organism or animal has ingested the oil, it will not be released or excreted, but builds up in the organism. Eventually, it can result in high toxicity and death of the organism/animal.” As part of the clean-up process, dry husks are thrown onto the oil and retrieved but this is impossible to achieve in windy conditions. The oil then simply flows over the top or below them.

A researcher that has been studying the impacts of various anthropogenic threats on African penguins in Algoa Bay for the past 15 years, Dr Lorien Pichegru, said that she was recently deployed to do a population count on the island a few months ago on behalf of the Department of Forestry, Fisheries, and the Environment, with the help of South African National Parks.

“We counted over 1 000 breeding pairs, which makes for approximately 2 500 penguins, accounting for those that do not breed.

“This is still a 90% decrease from 10 years ago, while the Bird Island penguin colony halved during the same time.

“Penguins do not move once they have started breeding as a colony. Penguins have died. African penguins from all over South Africa are decreasing at an alarming rate, and so are Cape gannets and Cape cormorants, all three being endangered and depending on small pelagic fish, sardines and anchovies, as prey,” she said.

Edwards said that they have called upon the South African Maritime Safety Authority (SAMSA) and the TNPA to cease all STS bunkering operations in Algoa Bay offshore limits with immediate effect, until such time as: