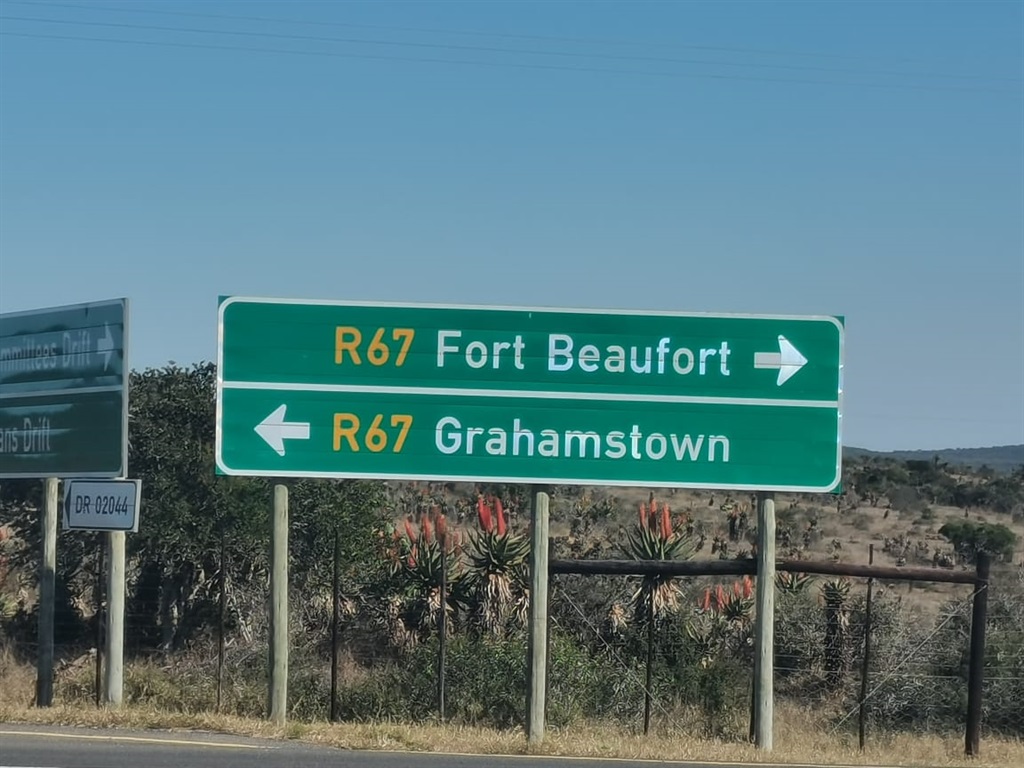 Despite Grahamstown renamed Makhanda in 2018, road signs do not reflect the new name on many of the province’s roads.
Malibongwe Dayimani

A year after the public was stunned by the renaming of Port Elizabeth to Gqeberha, the Eastern Cape Geographical Names Council (ECGNC) is once again being accused of attempting to sneak a list of new names to Sports, Arts and Culture Minister Nathi Mthethwa without involving the public.

Public participation meetings were announced by the committee earlier this year to debate the latest list of proposed names of towns and landmarks, but the Democratic Alliance is complaining that the process is not transparent enough.

The DA said the ECGNC does not have a website or platform where individuals can access information, find notices of public hearings, provide input, or even just find the names and contact information of authorities they need to engage with, making it impossible to contact the council.

DA member of Eastern Cape legislature Nomvano Zibonda said it also made it difficult to access reports or to scrutinise the council’s work.

Zibonda added that the failure to provide the information robbed the people of Eastern Cape of their right to contribute to the process. “We must avoid a repeat of what transpired in Gqeberha.”

The MPL has written to the chairperson of the Portfolio Committee on Sport, Recreation, Arts and Culture, Tamara Xhanti, to ask that the council be called to give an account of the work it was doing.

The renaming of places is an exercise that is likely to continue for a long time as South Africa continues to redefine itself. When this process was embarked upon, it was first and foremost to ensure that all South Africans felt included.

Zibonda said she also wrote to the council’s chairperson, Zukile Jodwana, last month to ask for an update on the name changes. An acknowledgement of receipt was received, but no answers have been forthcoming.

Jodwana denied that he ignored Zibonda’s letter and said he replied accordingly. The picture of the N2 between Mthatha and East London.

He promised to issue a detailed statement at a later stage. His response will be added once received.

A list of names was submitted to the council this year for the renaming of 10 geographical features, including five towns.

The first public hearing took place in May at the Nomsa Frans community hall in Cradock, where residents had their say on the renaming of Cradock to Kaladokwe or Inxuba.

Dutywa residents also got an opportunity in May to comment at a hearing at the Mbhashe local municipality council chambers on the proposed renaming of the portion of the N2, running into their town to Ngumbela Road, to honour late businessman Mthetheleli Ngumbela.

Other name changes to be considered and debated at hearings scheduled for later this year, include:

At the time, the DA said the ANC had gone too far.

Port Elizabeth was renamed Gqeberha, and King William’s Town was changed to Qonce.

Jodwana previously described name changes as an essential to restore lost heritage. He said the motivation was to restore the original names of the places.

He added that some applications for name changes cited the recommendations of the Truth and Reconciliation Commission to rename certain geographical features after those who contributed to the struggle against apartheid.

Public hearings on the new names continue across the Eastern Cape and are expected to be completed in September.