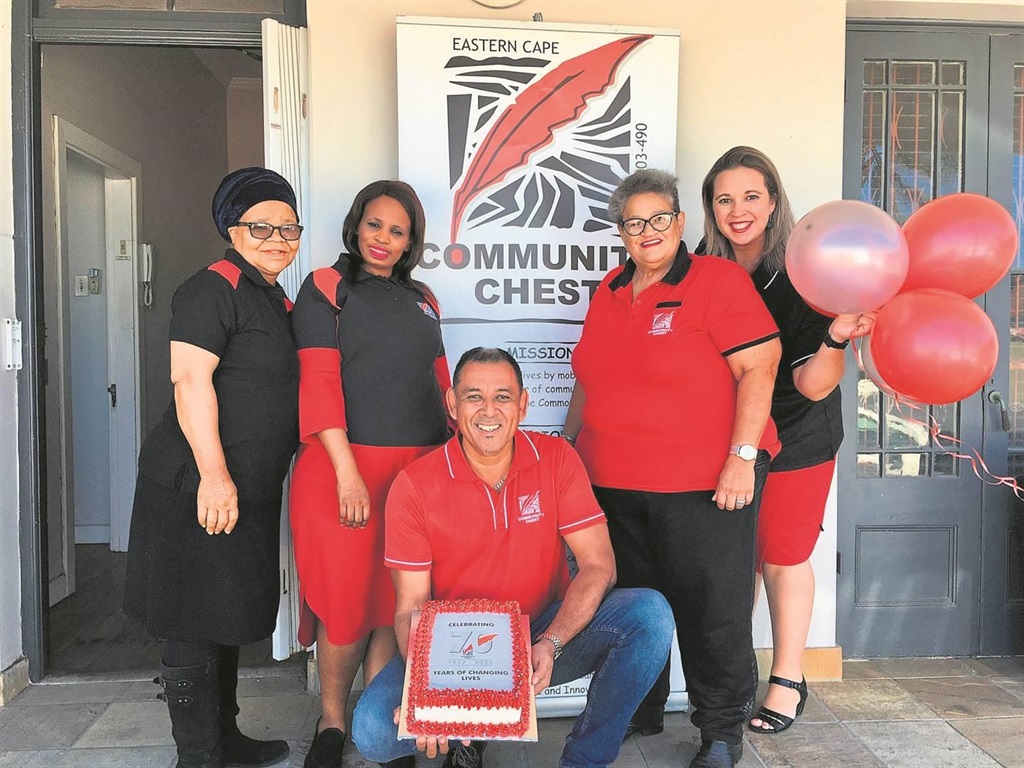 Pictured is the Community Chest team. At the back are Lindelwa Goliath, Nosipho Njokwana, Sandy Abdol Geswint and Colette Theron. In front is CEO Selwyn Willis. Photo: Supplied

Community Chest, one of the oldest charitable organisations in Nelson Mandela Bay, will be celebrating its 70th anniversary on May 5, 2022.

The journey of Community Chest started in 1951, when a group of ladies toyed with the idea of establishing a charity organisation. It was then, on May 5, 1952, that the Port Elizabeth, Walmer and District Community Chest was formed and headed up by EP Dimbleby (first chairperson) of the organisation.

The establishment of the Chest was supported by the Municipal Council of Port Elizabeth, Chamber of Commerce, The Midlands Chamber of Industries and 24 beneficiary members.

The beneficiaries have grown over the years and now provide assistance to many organisations, becoming a beacon of hope to the impoverished and underprivileged in the region.

In its first year they raised £4 181 through subscriptions and donations. In the early ’90s, Community Chest reached its first million rand mark.

Two years later the income reached the R2 million mark for the first time. Community Chest also embarked on various fund-raising initiatives such as the well-known scratch cards, was part of the Splash Festival and the Buffalo Rally, to name a few.

“We are very proud to continue the legacy of our predecessors and continue changing lives of the destitute in our community. Our success is attributable to each and every one who contributed to the Community Chest over the years and those who continue to do so,” says current CEO, Selwyn Willis.

“We will continue to make a difference and achieve so much but only through credible partnerships, the kind donations and the support from the public and corporates who are the enablers in our community. I am proud to mention that there are corporates such as Isuzu, who have contributed to the Community Chest since 1952 and would like to make a clarion call on other corporates to follow suit and build on a long lasting legacy.

– ISSUED BY THE COMMUNITY CHEST OF THE EASTERN CAPE