The Springboks conjured the 1995 Rugby World Cup spirit ahead of their clash against the All Blacks at Ellis Park on Saturday, saying they wanted to create new unforgettable memories at the famous ground.

Assistant coach Mzwandile Stick and captain Siya Kolisi both gave their memories of the 1995 epic, which has lived long in South African hearts, which the All Blacks won’t soon forget either but for wholly opposite reasons.

Nearly 30 years after Joel Stransky kicked the famous drop-goal, the Springboks meet the All Blacks in a defining Rugby Championship game that could see SA do a rare double over New Zealand.

READ | Stick hits back at Springbok kicking game criticism: ‘We don’t coach to cause injuries’

Stick is famous for kicking what commentator Nigel Starmers-Smith at the time called the “greatest drop-goal in IRB Sevens rugby” when the Blitzboks defeated Fiji in a Dubai semi-final that was decisive to the 2009 World Sevens Series victory.

“I will never forget the images we saw in Mbombela – Willie le Roux going to celebrate his try with the fans,” said Stick about last week’s special moment when the Boks beat the All Blacks 26-10.

“It was special to see that. That’s the stuff we live for and we are grateful we are able to make our fans that happy.

“And for Ellis Park, you can never ask for a more special place than that because of the history of the ground from 1995.

“Some of us were young at the time but I’ll never forget it. I used to call myself ‘township Stransky’ because of what Joel Stransky did for us.

“That’s the power rugby has on us.”

For Kolisi, who was four years old in 1995, the meaning for him was about trying to recreate new memories that could inspire future generations to do the same. 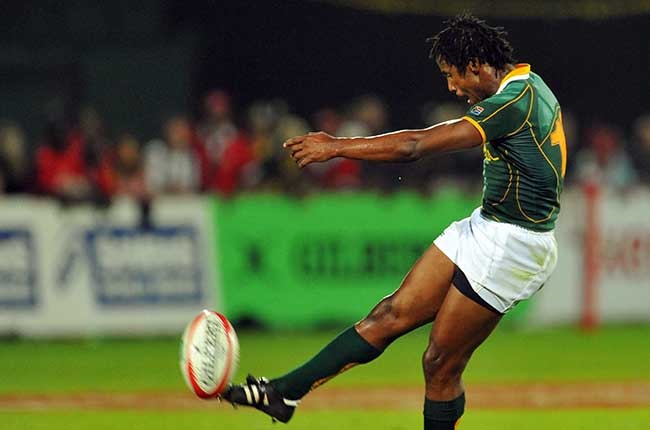 “I can’t say I remember the 1995 match but I saw it later on TV and in pictures,” Kolisi said.

“But it’s hugely important to create new special memories so that children today can see us and they can grow to try to emulate those memories.

“For us from the townships, we want to inspire them, guys like Pieter-Steph want to inspire farmers and we all want to be remembered for doing something special and have a place in history books.

“But we can only do that by playing on the field.” Stick also said South African rugby was in a good moment on the back of the current Blitzboks exploits, the Springbok Women winning their first match overseas and the Junior Boks winning their Under-20 Six Nations Championship.

“As a rugby nation, we are in a special place and I’m thrilled that the results are showing that too,” he said.

“Look at the Sevens team, who won the Commonwealth Games gold medal, the ladies Springboks, who beat Japan at home and the junior teams are performing.

“And it makes our supporters happy, which is always our aim whenever we get the chance to make them happy. We know lots of people have gone through a tough two years we come from, some losing family members.

“We are fortunate that we can contribute to national morale in this way. And like Tata Madiba said, sport has the power to unite this country.”